Managing Glaucoma In Your Senior Loved One

Home | In-Home Caregivers | Managing Glaucoma In Your Senior Loved One 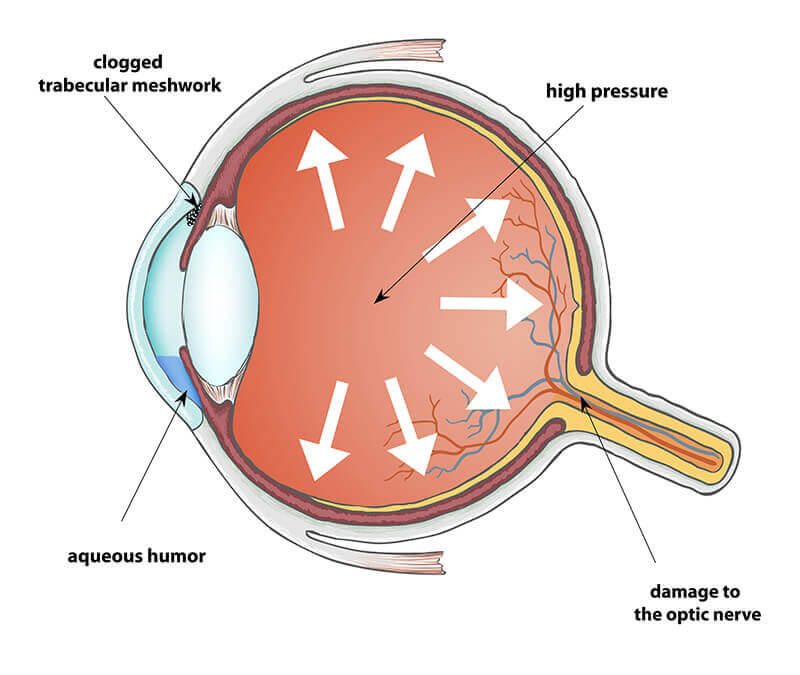 In Tupelo and elsewhere around the country, January will be National Glaucoma Awareness Month, and that makes it the perfect time to raise awareness about ‘the sneak thief of sight’, as it is known. More than three million people in the U.S. have been afflicted with glaucoma, and there are no real symptoms which become apparent before you begin losing your sight.

Because it is so subtle, as much as 40% of your sight can be lost before you know anything is happening. Senior home care professionals are well aware of the potential for glaucoma to bother their charges, and thus stay alert to any changes in vision. Once vision is lost in an individual, it becomes permanent, and there is no recourse for recovery.

What exactly is glaucoma?

Glaucoma is a medical condition which has the effect of damaging the optic nerve of your eye, and gets progressively worse over time. It is usually associated with a buildup of pressure inside your eye which is known as intraocular pressure, and that damages the optic nerve, which is responsible for sending images to the brain. When damage to the optic nerve reaches a certain threshold, it can cause permanent loss of vision and total blindness in just a few years.

Glaucoma is a disease which has a tendency to run in families, and it is not usually encountered until later in life. Most people who develop glaucoma exhibit no early signs of pain or vision loss, and that means it must be detected by your eye doctor during regular visits. Once you lose vision in your eyes because of glaucoma, it cannot be restored, although if you can reduce eye pressure that can help to save what sight you have left. By following your doctor’s prescribed plan of treatment and following up with regular eye exams, you should be able to retain whatever vision has been left to you.

There is a fluid in your eye which is known as aqueous humor that normally would flow out of your eye, through a channel which is similar to mesh, and if that mesh becomes blocked for some reason, it causes the aqueous humor to accumulate. In most cases, it is not known why this type of blockage occurs, although it is known that it can be inherited from your parents. Other causes of glaucoma might be an injury to your eye, some kind of eye infection, inflammation which takes place in that area, and blocked blood vessels within the eye. It’s also possible but uncommon, for eye surgery which is used to cook correct some other condition, to bring on glaucoma. If your senior loved one has had any history of these incidents, you should be on the lookout for the development of glaucoma.

Glaucoma primarily affects adults over the age of 40, however it can also strike young adults and children, and sometimes even infants. With seniors being at greater risk for developing glaucoma, you should be alert to any symptoms of vision loss in your elderly loved one. There is a greater statistical tendency for African-Americans to be troubled by glaucoma, especially at a younger age and with greater loss of vision. It’s also more likely for you to be afflicted by glaucoma if you have poor vision or diabetes, or when you are over the age of 40. Other ethnicities which tend to have glaucoma more than Caucasians are Japanese, Hispanics, Irish, African-Americans, Inuits, and Scandinavians.

There are a number of approaches to treatment for glaucoma, with all of them aiming at preserving the level of vision which a patient still has, since it is not possible to completely restore any lost vision due to glaucoma. When you take your senior loved one to see a qualified eye doctor, he/she will likely recommend one or more of the following treatment plans.

Eyedrops can help by lowering the amount of fluid which develops in your eye, or they can facilitate the proper flow of that fluid. Oral medications are also sometimes prescribed, such as beta blockers or carbonic anhydrase inhibitors. These drugs are used to inhibit the creation of fluid in the eye, or to improve drainage from it.

Laser surgery is sometimes used for certain types of glaucoma, so as to free up any blockages which have developed. A procedure known as a trabeculoplasty will open the drainage area, after which an iridotomy will create a tiny hole in the iris of the eye so as to facilitate better fluid flow, and then a cyclophotocoagulation procedure will impact the middle section of your eye to decrease fluid production.

Microsurgery is sometimes used by your doctor to create an entirely new channel which drains fluid away from your eye, thus easing the pressure. This is a somewhat risky procedure which may cause vision loss itself, and it may be attended by bleeding or infection. In most cases, doctors will begin with a program of medication, and depending on the effectiveness of that program, they may choose to try laser surgery or microsurgery to bring about more effective results.