How to Communicate When it Doesn’t Seem Possible: Understanding Aphasia

Home | In-Home Caregivers | How to Communicate When it Doesn’t Seem Possible: Understanding Aphasia 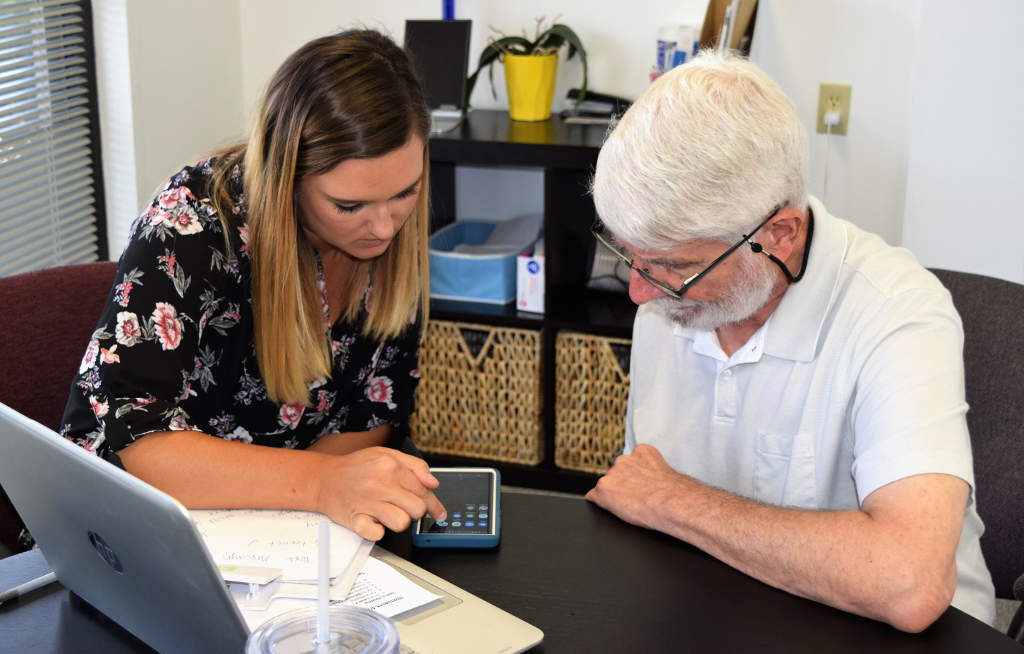 June is Aphasia Awareness Month, and that makes it a good time to think about how communications can be established or improved by those individuals affected by aphasia. Aphasia is a disease that affects those parts of the brain which are needed to understand language, and it happens in most people as a result of some sudden trauma to the head, although it is also possible for the disease to develop slowly. In Marysville and elsewhere, patients afflicted by aphasia have extreme difficulty expressing themselves and understanding what is said to them by others. When the disease occurs in tandem with speech disorders, senior home care professionals may have great difficulty communicating with their charges. Here are some recommendations for understanding the problems associated with aphasia, as well as some tips on how to overcome these challenges.

How does someone get aphasia?

The majority of people who have aphasia are at least middle-aged but is possible for people of all ages to be affected. Currently, about one million people in this country have aphasia, and every year 180,000 more Americans come down with the disease. The cause of the disease is damage that occurs to the areas of the brain responsible for language, and the single most common cause is a brain injury resulting from a stroke.

A stroke happens when a blood vessel bursts or a blood clot forms and cuts off circulation to specific areas of the brain. When this happens, those brain cells die because they don’t get their normal supply of blood, which carries important nutrients as well as oxygen to them. It’s also possible for people to be afflicted with aphasia as a result of brain tumors, severe blows to the head, brain infections, gunshot wounds, or a progressive neurological disorder, for instance Alzheimer’s disease.

In many cases, aphasia patients will show tremendous improvement in their communication abilities within a couple of months of the incident which brought the disease on. This is possible even without any treatment because the body tries to recover from the situation and heal itself. However, in most cases, there will be at least some remaining aphasia that has to be dealt with, so speech language therapy is often used to help re-train aphasia patients to communicate.

Depending on the extent of the original injury and the age and health of the individual, it’s possible for a person to continue improving in their speech abilities for many years after being afflicted. In addition to speech therapy, other ways of communicating are introduced to patients, for example by using gestures, electronic devices, and sometimes pictures.

Recent technology has discovered other tools that can be used, for instance using virtual speech through a computer, and using speech-generating applications to communicate instead of spoken language. It helps a great deal for family members to become involved because this can help restore the self-esteem of a patient, and it can provide for much better communication between family members.

There are some things to keep in mind when you’re trying to communicate with aphasia patients, such as a family loved one or someone whom you are working with. To begin with, make sure you have their attention before you begin any attempt to communicate and make sure that background noise has been either eliminated or significantly reduced.

When speaking, keep your voice at a normal level, unless your partner prefers that you speak louder. It’s best if you keep your communication simple but mature, and avoid talking down to the aphasia patient. Make sure they have time to respond to your statement, and you should resist the temptation to complete their sentences. Try to include questions that call for a simple yes and no answers, so your partner doesn’t feel obliged to offer a lengthy response.

Downplay any mistakes your partner makes, and make sure to praise their efforts at communication. Don’t correct the person frequently, and don’t insist on perfect pronunciation for specific words they use. Don’t shelter your aphasia patient from the rest of the family, and don’t ignore them in a group setting. Try to keep your activities as normal as possible when including an aphasia patient, and involve them in any family decision-making processes which might be necessary.

Make sure to inform them of upcoming events, but don’t overburden them with details on how any of those events will occur. It’s always best if you encourage independence to the greatest degree possible in your aphasia patient, and don’t fall into the trap of being over-protective and sheltering of your patient. If you can treat the person with respect and as normal an attitude as possible, it will go a long way toward building their self-confidence and making them feel good about communications.